I may not be the right person to be writing a review of this album. As much as I try to stay informed, and keep up with the music scene, I freely admit I’m not well versed in the many 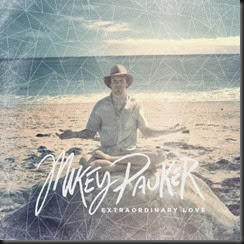 genres one can now find. There are just too many for me to keep up with them all. I’m just the sort of person that knows that, within every genre of music, there is good music, there is mediocre music, and there is music that’s not as good as other music (I’m hesitant to use the word bad, because even though I may think some music is bad, somebody somewhere must like it.) Some music has good production values, some has mediocre production values, and some has poor production values (and here, I might even be tempted to use the word bad, because I have heard some projects with really bad production values over the years.) So, while I have my preferences, and there are certain styles of music that I prefer over others, I purposefully listen to all kinds of music, and decide if I love it, like it, think it’s okay, or don’t care for it. Of course, maybe that makes me the perfect person to review this album. I’m just going to tell you whether or not it’s something I like, and suggest why you might like it, too. To put it simply, when I’m listening to it on Pandora, (or Spotify, or Google Play, or Rhapsody) I can tell you if it gets a thumbs-up, a thumbs-down, or a pass. (To me, a pass is like saying I won’t mind if I hear it again, as opposed to a thumbs-up which says I want to hear it, and songs like it, more often.)

So, bottom line is, I like this album. Mikey Pauker is an extremely talented musician. He is, as the Jewish Week described him, a “folkie with a hip-hop groove.”  Of course, I’m sure some of that is due to his working with Diwon, the DJ-Producer best known for his blend of hip-hop and middle-eastern, and his record label Shemspeed. However, this album doesn’t feel like an overlay of one genre upon another. It’s more like a synthesis, like Pauker and Diwon really connected and drew upon each other.

There are those who will listen to this album and ask “is this Jewish music?” Setting aside the absurdity of such a question, it is fair to say that, for the most part, these aren’t songs you’re likely to see used anytime soon in the synagogue for worship. I don’t think that matters one bit. Judaism is  being redefined yet again by today’s generations. A lot of young (and even middle-aged) Jews are flocking to alternative settings to find their Jewish fix.  They’re going to Warehouse Shabbat in Brooklyn, the 6th and I Synagogue in DC, and flocking to the events sponsored by East Side Jews in LA. The music from Extraordinary Love will fit right in. It’s also the sort of music that 20 and 30 something Jews will love to listen to as part of their everyday soundtrack of life. Frankly, it’s music that this 50-something will include in the shuffled mix of music to which he listens. It’s very well done.

There were no thumbs-down songs on this album. The album opens with the title song, “Extraordinary Love.” It sounds vaguely like something I might hear at random based on the taste preferences of some of the folks I follow on Pandora to help expose me to more kinds of music. Others more versed in genres could probably tell you where this song fits, and what artist it sounds like. I’m just not up on all that.  Besides, for me, well, it didn’t matter. It got me interested enough to say “hey, I wanna here what the rest of this album sounds like.”

I thought at first that the next son, “Zion,” might be cut from the same cloth. Turns out I was pretty much right about that – which was okay. It was a good song, and a good listen. I was hoping, however, the next song would be really different.

It wasn’t that different. At least not for me. I am sure those more versed in these various genres wouldn’t consider any of the first three songs as being anything alike, but while I can and did hear differences between them, my brain still sort of lumped them all into the same basic category. If the rest of the album was all in this same style, I know I wouldn’t be thrilled. Nevertheless, beside that sentiment, something about this third song, “Top of the World” started to draw me in. I went back and listened to the first two songs, and slowly began to realize that they weren’t all that similar, but I could also understand why, to my brain, they all fit within the same broad type.

Then, something different. Was this from the soundtrack of  “O Brother Where Art Thou?” No, but it was a real lark of  song, this “Miracle.” Perhaps Diwon didn’t really know what to do with this one, so it seems likely he did the safest thing and mostly left it alone. Ah, I thought, this broke things up a bit. Almost funky enough for a thumbs-up. I wonder what’s next?

“Where Ghost Can’t Hide.” That’s what was next. Here’s a song I would fully expect to come up in rotation on any adult alternative list. This one got a definite thumbs-up.

Then came “Borei.” Now here’s a song based on text one doesn’t come upon often in a musical setting. It’s loosely based on the b’racha one recites after having a nightmare or bad dream. This song will certainly provide a positive alternative to the anxieties of a nightmare, just as the prayer is intended to do.

“Rock My Boat” is a musical plea to not have one’s boat rocked, and live with love. The irony of the song and its message are not lost amidst its unique musical setting.

A thumbs-up goes to the “Shalom Aleichem.” Yes, this thumbs-up from the reviewer who is constantly complaining that we don’t need yet another version of the same old texts. This is a totally new take on this ancient bit of poetry.

“The Light,” featuring Y-Love, is another thumbs-up. It may be the most spiritually Jewish song on the album, which is not surprising, considering that Pauker based it on chapter 47 of the Tanya, the primary text for the Chabad approach to hasidic mysticism.

The reggae-esque “Plenty of Love,” with the added contributions of TJ Di Hitmaker and Lior Ben-Hur also rates a thumbs-up. I also want to offer a hearty thanks for not “Auto-Tune” –ing this one to death, allowing the raw singing to shine through.

Another thumbs-up as Mikey’s folkie roots shine through the most on the album’s final song, “The Rain.” The instrumental variety, stylistic progressions and changes through the song make it a perfect capstone to an exciting album from a rising star on the Jewish music scene. This song was produced by Brian Judah, who also produced Mikey’s wildly popular Hinei Mah Tov (Eeoohh!) and was a year in the making. It was worth the time, Mikey.

I’ll admit that my Jewish playlists still tend to favor Friedman, Klepper, Taubman, Silver, Glaser, Dropkin, Avni, Maseng, et al. Sure Dan Nichols, Rick Recht, Josh Nelson, Naomi Less, and Michelle Citrin are there too. (No offense to the many I’ve left out-chances are you’re in there too, I just can’t put the whole list in this review! )Now it’s time to add Mikey Pauker to the mix. The music he is creating is exciting, contemporary, and, if you’ll forgive my anachronistic terminology, hip.

To learn more about Mikey, be sure to visit him at  http://mikeypauker.com/

“Extraordinary Love” will be available October 1st via these digital retailers:

(links will be activated when the album goes on sale)

Posted by migdalorguy at 4:15 PM